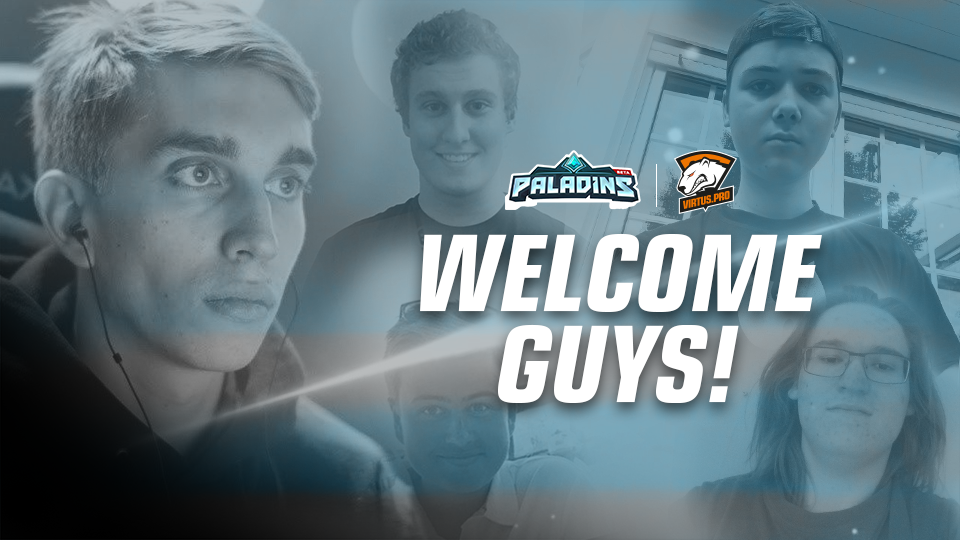 As general manager of Virtus.pro Roman Dvoryakin informed, VP announces its Paladins roster that will compete in the European division together with Na'Vi, NiP, Fnatic and G2 Esports.

Roman Dvoryakin: "Paladin's publisher – Hi-Rez Studios – offered us a very interesting deal, where they create a league and guarantee support for every team, while from our side, we have to create line-ups. We will join and play in the European division. I think that this region will be more challenging and dynamic than North American one. This factor will, most likely, contribute to a higher game's popularity in Europe and CIS. Hopefully, our guys will be able to compete on the highest level."

Lev "Elvenpath" Strokov, the captain of Virtus.pro's Paladins roster: "Virtus.pro's trust is invaluable for us. It is a great honor to represent their banner in the game that we've been playing for more than one and a half years. From the very first day, from the first DreamHack, I knew that Paladins would come to this level. Now the dreams are no longer just dreams. Our line-up is young but very promising, and our results will get better and better. We will pour all our efforts into making "Bears" not regret this partnership. I always told myself: "If you ain't first, you're last." Now this phrase is more relevant than ever."

What to know about Virtus.pro's Paladins team:

"Virtus.pro will join the European division". Roman Dvoryankin – about Paladins

Virtus.pro will have a Paladins roster. What's that?