"Virtus.pro will join the European division". Roman Dvoryankin – about Paladins

VP general manager told about idea of signing Paladins roster and prospects of the game. 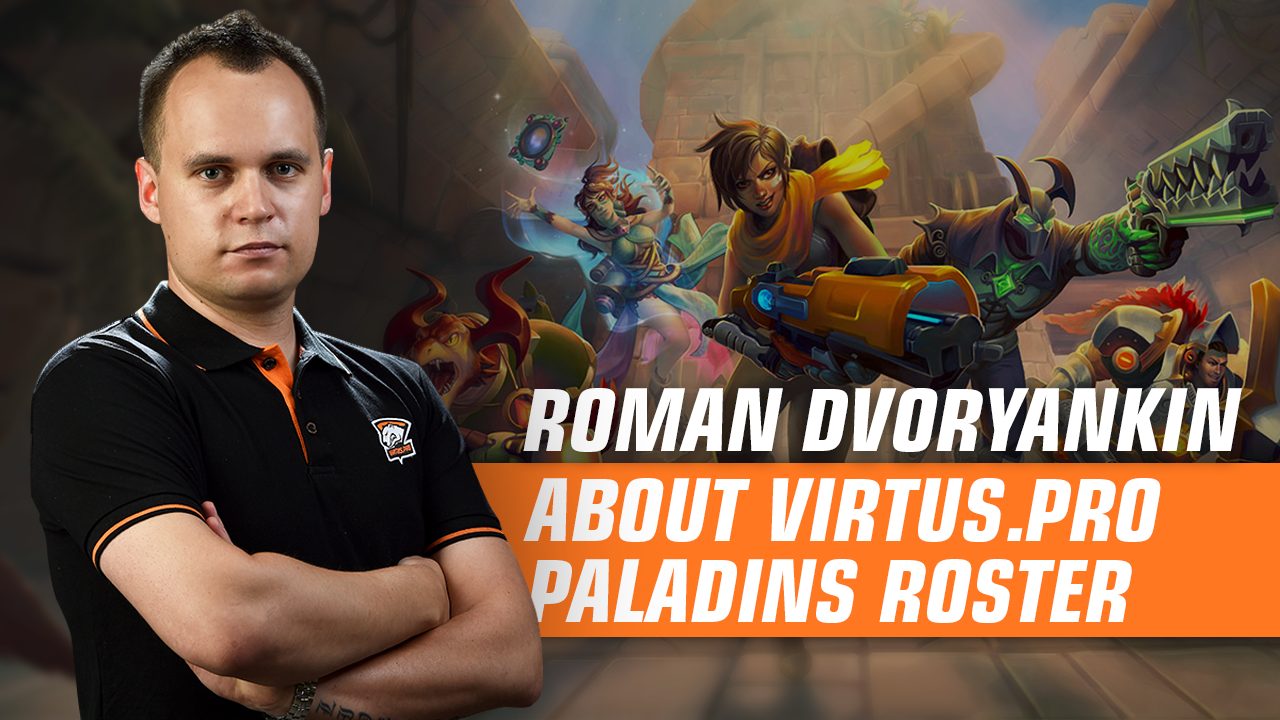 Basically, Paladins is actually a good example not only of us entering the new discipline but more of a joint effort from WESA's side; the World eSports Association, that was established by the world's strongest team together with ESL. So the story was pretty simple: the game publisher, Hi-Rez, approached WESA and offered us quite a good deal, where they will set up a league, support the biggest organisations and, from our side, we'll just have to come up with the squads and guarantee our participation for at least two seasons.

We've had some thorough conversations with other teams within WESA, and we thought that it's actually an important signal that we're sending to the whole market. WESA can be a kind of a window of opportunity for anyone: for the publishers, sponsors, and partners, where you can come to us and have the strongest teams in the world either as your partners or as a part of your game.

Then, Facebook stepped in with their broadcasting deal, which I presume is going to be a good push forward for the discipline in general.

Negotiations with Hi-Rez were quite productive – they've been very helpful in terms of helping us in allocating our players and getting us to know the discipline in more detail. Initially, we were hoping for a North American slot, but WESA has a few North American organisations, so they were granted these slots by default. SK gaming, which is kind of semi-European, semi-North American team (because their Counter Strike squad is based in North America), got the fifth North American slot, so we'll be competing in Europe together with Na'Vi, Fnatic, NiP, and other strong teams.

I'm really excited about it, and I hope that all the effort that Hi-Rez has put into their game is going to pay back and we're looking forward to announcing our roster in a couple of days. The league will start in early October – late September, so we'll just have to see how it goes.

Virtus.pro will have a Paladins roster. What's that?