The esports organization Virtus.pro and the Mr.Cat company have announced a partnership deal. 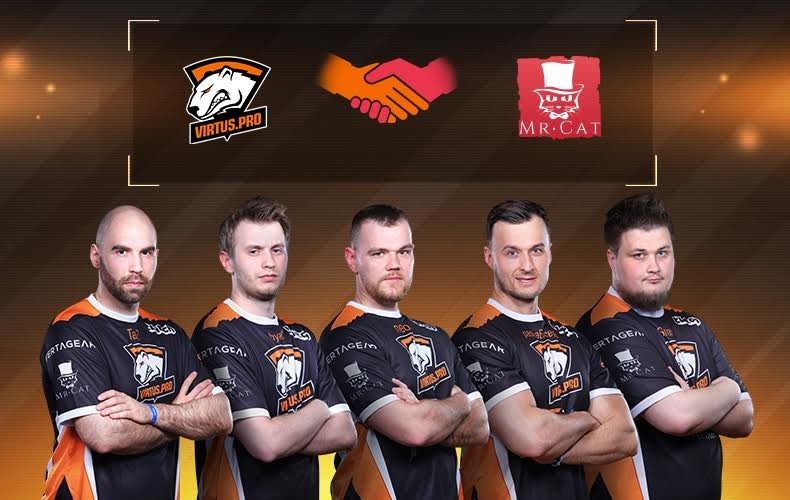 As Virtus.pro is strengthening its positions internationally, the start of its cooperation with one of the leaders of the Asian esports market will bring the organization closer to its fans abroad.

Roman Dvoryankin, Virtus.pro General Manager, commented: “This deal is very important to us with regard to interacting with Asian audiences. Its long-term nature shows that the Virtus.pro brand and our players enjoy a great demand from the commercial point of view. I’m sure that this will be a productive and mutually beneficial cooperation for us.”

Virtus.pro is Russia’s oldest esports organization. Founded in 2003, it is the winner of more than ten world championships in Counter-Strike. It currently includes the world’s strongest Counter Strike: Global Offensive team and an up-and-coming Dota 2 lineup. The club also has a League of Legends and Hearthstone roster.

Mr.Cat is one of the leaders of the Asian esports market, a tournament organizer and a betting platform. In 2016, the company held Dota 2 and Counter-Strike: Global Offensive competitions in Asia. This year, the company’s plans also include a series of esports competitions in Europe and the US, with a broader range of disciplines. Mr.Cat’s esports tournaments have attracted a wide audience of over a million daily viewers. The company was founded in 2016 by a group of passionate gamers from all over the world. Presently, the goal pursued by the Mr.Cat is to aid the development of the Asian esports industry and popularize electronic sports worldwide.

Additional information is available to media representatives from the ESforce Holding press service at pr@esforce.org