We wish to thank all players, coaches, and analysts of our team for their partnership and their work. 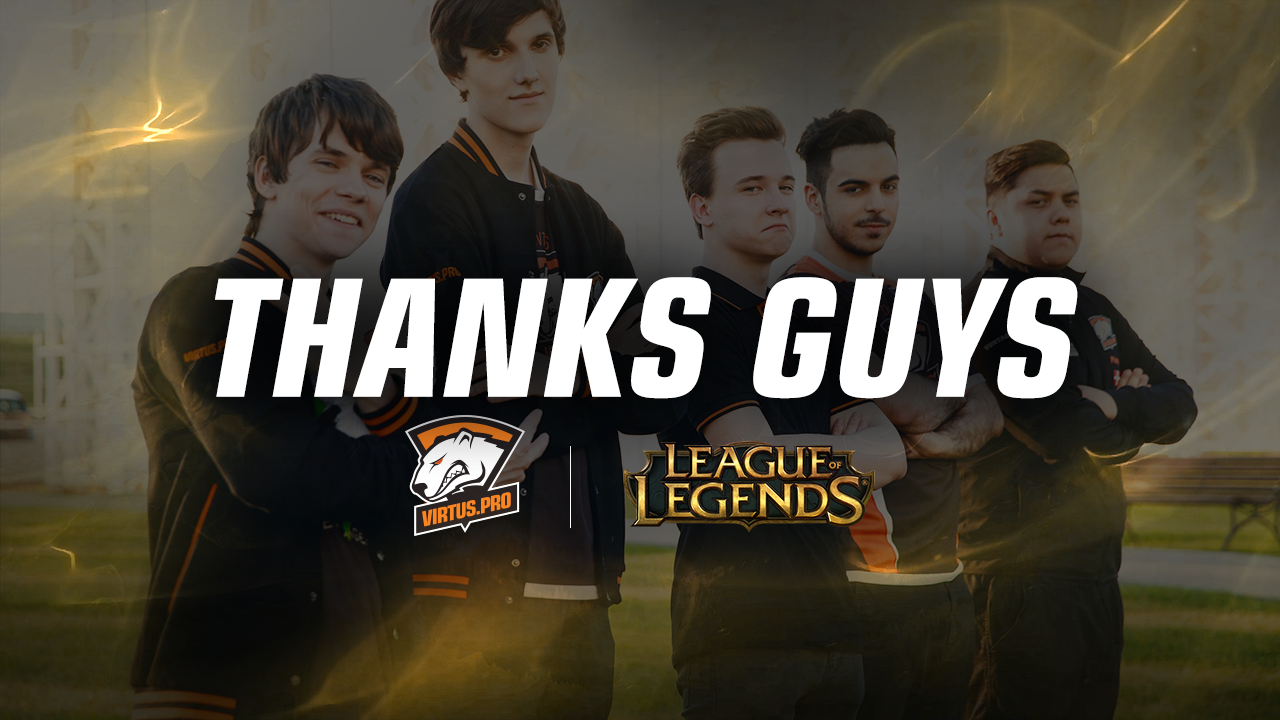 The current situation in the global League of Legends scene and CIS region doesn't allow Virtus.pro to expect returns on investments. All these factors make it impractical to stay in the discipline. Right now Virtus.pro concentrates on its key titles – CS:GO and Dota 2, and also on the new projects – Quake Champions and Paladins.

Roman Dvoryakin, Virtus.pro's general manager: "We use the standard approach to all e-sports disciplines. When we see that a game has potential, we expand into it. We carefully observe the scene's dynamics and estimate the commercial and media returns based on the results of the first year.

When we were recruiting a League of Legends roster last November, our goal wasn't to gather all the loudest names from CIS, despite having the means to do it. Our idea was to create a young and promising line-up, where players will grow and develop together with us. This goal was met the very first split".

Virtus.pro thanks seven players who forever inscribed their names in the organization's history, coach Dmitry "moo" Sukhanov, roster's analyst Bogdan Ivasik, managers Mikhail Artemyev and Anton Boyko and the reserve players. On the 1st of October, they'll become free agents. We wish them good luck in the future.

Where should P1Noy go in Moscow? Guide from Virtus.pro fans