Current players may transfer to the Artifact discipline. 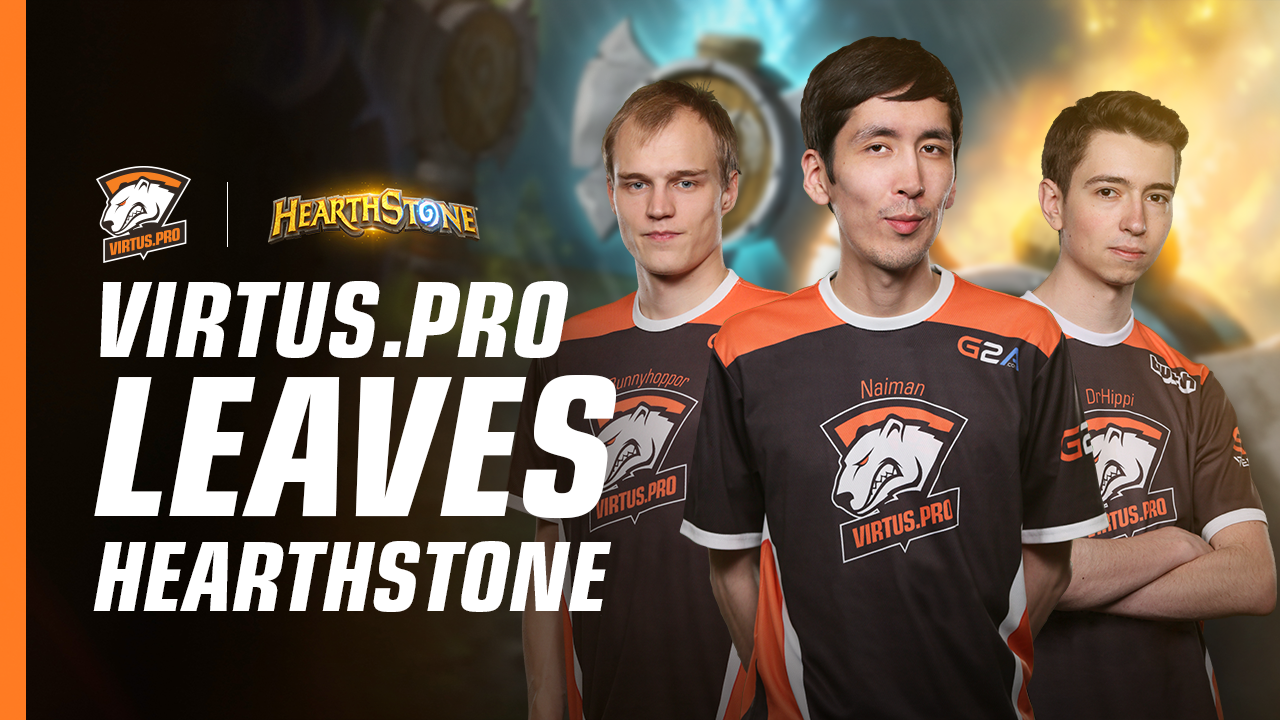 Starting 1st of February, 2018, Virtus.pro closes its Hearthstone line-up. However, it is most likely that our Hearthstone players may change disciplines and perform in an upcoming Artifact project*.

Roman Dvoryankin, VP general manager: "We have arrived at such conclusion after analyzing Blizzard's 2018 plans and tournaments' landscape over the past few years. At this moment, we can't see any prospects in Hearthstone for us.

The players realize the current state of Hearthstone's professional scene and understand the inevitability of this decision. We have spent a lot of time together, those were a great couple of years. Virtus.pro boasted one of the strongest rosters in Europe and CIS at the time of scene's maximum competitivity (2015-2016). I wish to thank my predecessors, Sergei Pisotsky in particular, for finding such talented players.

Everyone is interested when we'll acquire a roster in the Artifact discipline. We are constantly in touch with the players. They, as we are, are very interested in Artifact, but we'll hold announcements on this topic until a second-third quarter of the year.”