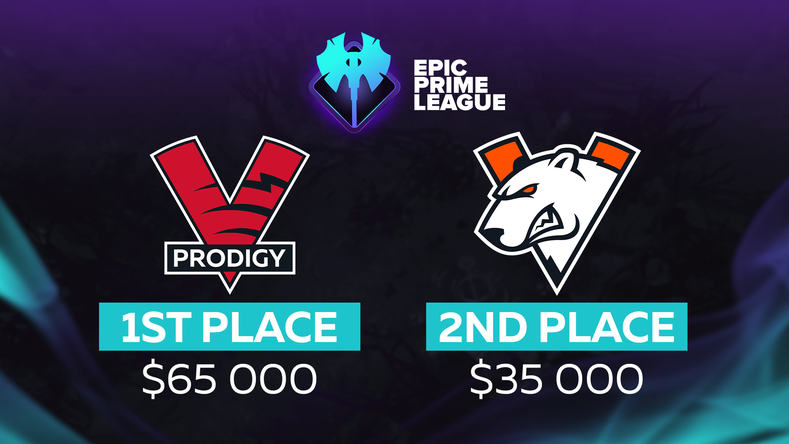 Two our Dota 2 rosters met in the decisive match of the first season of Epic Prime League. Even though VP.Prodigy struggled in their previous matches versus Virtus.pro, they turned the record on its head by securing a clear 3:0 full sweep in this series. VP.Prodigy take home $65 000, Virtus.pro - $35 000. Furthermore, both of our rosters secure spots in the next season of Epic Prime League.