In the most recent timeframe, Virtus.pro will acquire a roster in a new e-sports discipline PUBG. We can not announce all of the names yet, but it is certain that Paweł "byali" Bieliński will play for the team. 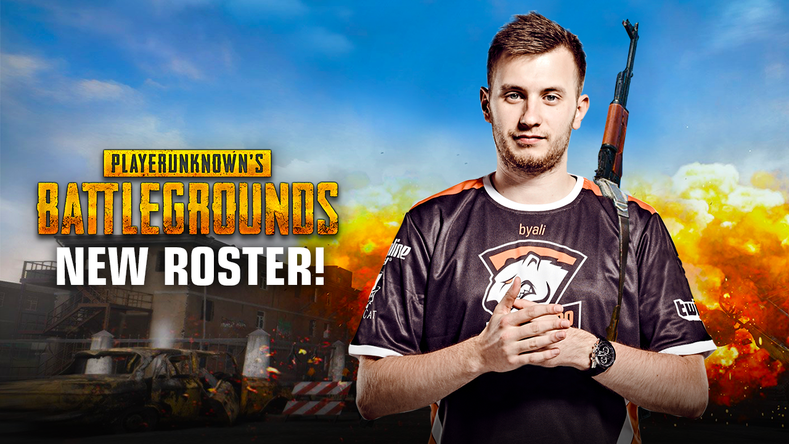 In the meantime, Jakub "kuben" Gurczyński will temporarily sub for him in the upcoming tournaments.

Paweł "byali" Bieliński: "The day when I can officially announce my transfer to PUBG has finally come. The community has noticed my practice a long time ago, so it's pointless to try to keep it secret. I'm leaving the CS:GO roster, and my spot will be temporarily filled in by kuben, who has been dreaming of returning to a pro-player's career. I wish to thank Virtus.pro's management for their understanding, and for not trying to interfere with my decision of changing disciplines.”

Roman Dvoryankin, VP General manager: “When byali called me back in January, asking to let him transfer to PUBG, I was slightly shocked. But we have no right to keep the player in a certain discipline against their will. Besides, the fans have asked us to sign a PUBG line-up for quite a long time. We have decided to give it a try, and at the same time, to give byali a shot at trying the waters of a new discipline. We are certain in our CS:GO roster: kuben is an experienced e-sports player who is very eager to play – which will motivate him to an extreme extent.”