Filip "NEO" Kubski became the MVP of the match against Gambit, but that's not his crowning achievement. Virtus.pro's legendary player showed his best results out of all LAN-matches in 2017. 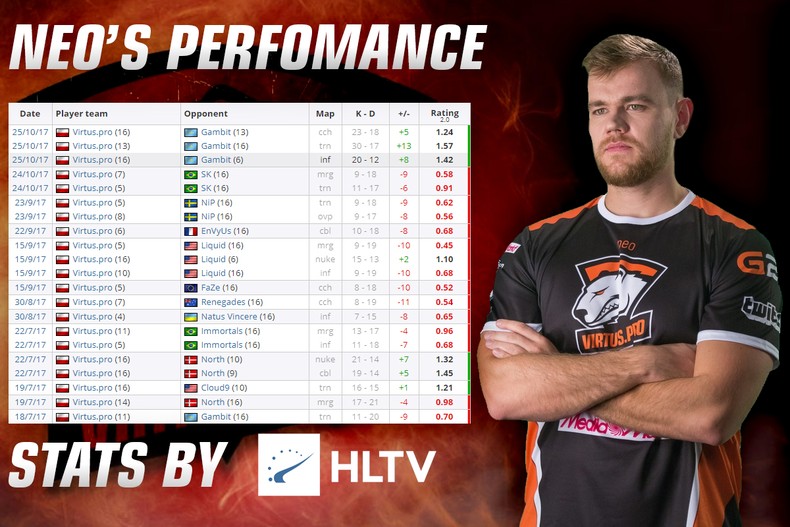 NEO scored 73 kills and died 47 times in three maps, coming out 26 frags ahead!

Virtus.pro defeat Gambit and continue their run in EPICENTER