pashaBiceps: "People say cybersport is an easy job, but it’s not"

While visiting Moscow for a partner event with MediaMarkt, Jarosław “pashaBiceps” Jarząbkowski gave an interview to the team website. The player from our CS:GO roster talked about his team’s recent results, his plans for this year, and his opinion of the FPL. 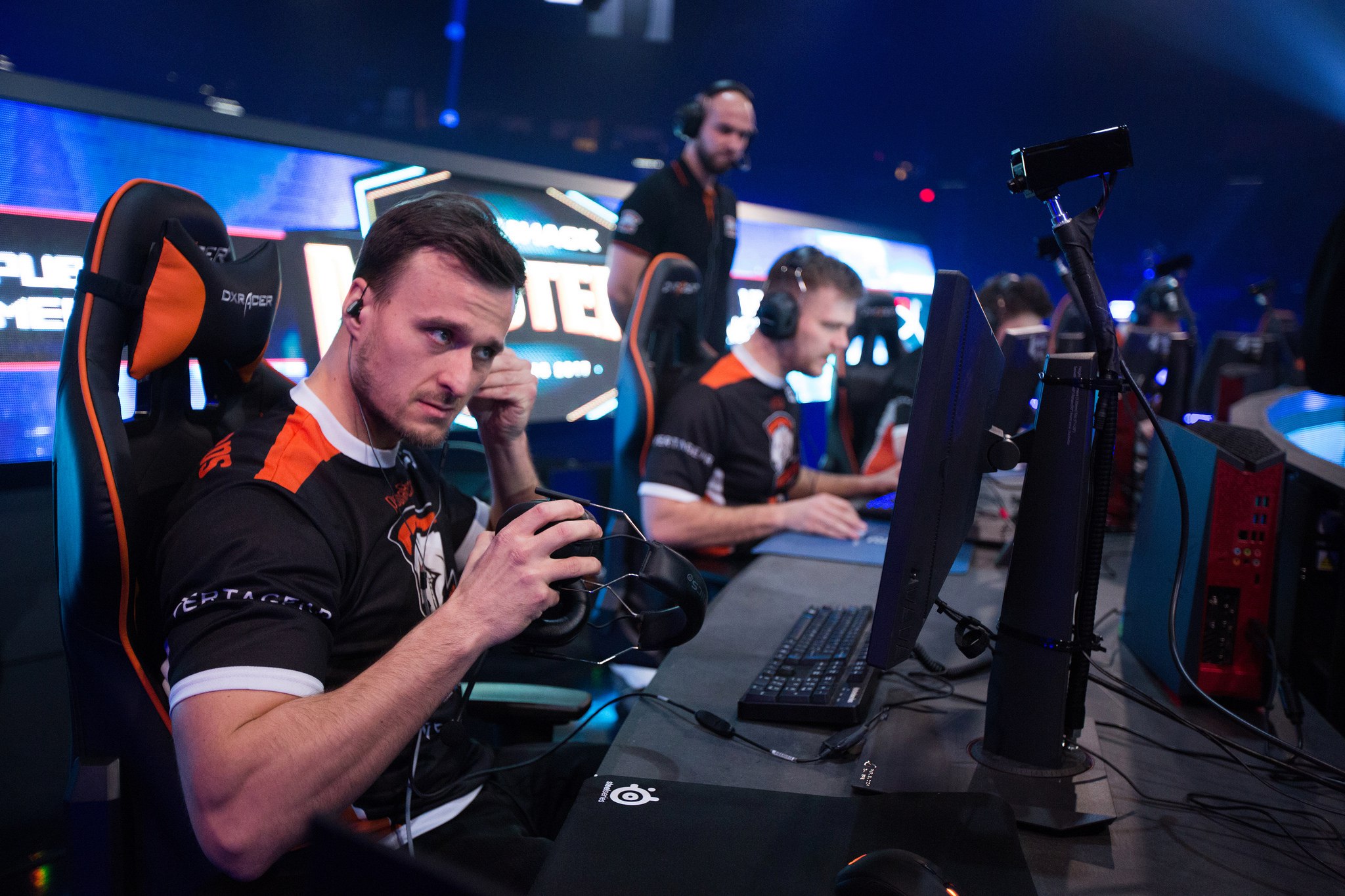 This year started well for you: third place at the WESG World Finals 2016, second place at the ELEGUE Major 2017, then winning DreamHack Masters Las Vegas 2017. What propelled you to these results?

To be honest, throughout our career we’ve always had bad starts of the year. But this year we said, let's change it and make a better start. So we decided to play more, to focus more on tactics. The team told each other: “We can play better right now, but what about later?” We had a good start, right now we aren’t playing that well, we’re still learning.

That series of victories was followed by another downturn. The tournaments in Katowice and Kiev can hardly be called successes. What was the reason for this slump, and have you been able to fix it?

When we watched replays and demos from these events, it was like we weren’t ourselves: not our aiming, not our hands, it was as if we were watching different people play those matches. Those were bad days. We’ve been aware of this business for many years, and we know how to fix it.

Tell us about your impressions of the new Inferno and Nuke. Can you say that these maps are convenient for you?

In 1.6 or in CS:GO before the update, everyone knew Nuke was one of our strongest maps. After the update a few months ago, Nuke was a very strong map for us. Then people learned a bit about this map from us, and right now they know how to play it. But it's also a strong map for us. We’ve played a lot on this map, in 1.6 as well. We have good tactics, we know how to do rotations on the map. In our team’s history, call leaders have always liked to play Nuke, and had a good playstyle.

Regarding Inferno… Every map is better for us than Dust 2. Valve removed Dust 2 from the game and added Inferno, so it’s good for us.

In March, you streamed actively and played in the FPL. Is it a place you could call a forge of talents? What’s your opinion of ropz and frozen, the promising youths?

FPL is a good league, but you don’t know who is playing there. You don’t know this or that guy. 50% or 60% of them are probably cheating, because no one knows them. But the real men who play on this level, if they come to the LANs and prove they are genuine hard-working talents, I give them my respect. Because they’re playing and playing and playing.

I don’t know these guys, frozen and ropz, I’ve never played in a team with them in FPL, I’ve only watched one or two mousesports matches with ropz. He’s OK, but you know it’s just online games, and we have a lot of onliners in the CS:GO scene. If he comes to the LAN and shows some good skill, I’ll shake his hand and say good job. Time will tell 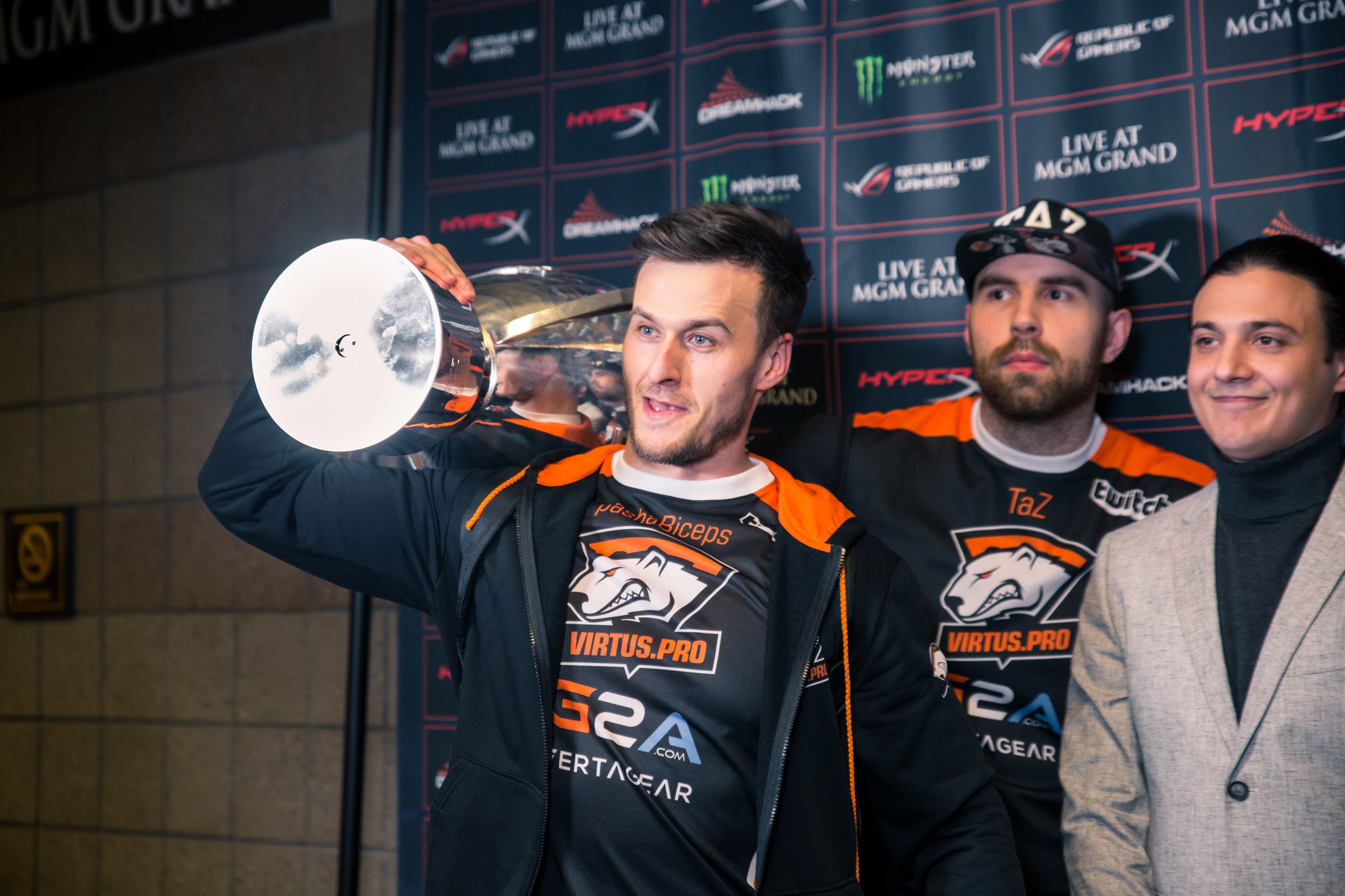 Your Instagram is full of photos of you in the company of Negev. How often do you spend time together?

I go to the forest with him every day, because this dog is too big to sit at home all. I go for a walk with him three times, one big long walk for an hour of half-hour, and a few smaller walks. We also play at home—he comes to me bringing some stuff to play with, and we have fun together.

Do you have a personal plan for this year, perhaps some specific goals concerning your performance at events?

It may be too early to talk about goals for this year, but I want to have a boy. I already have daughter; maybe next year it will be a boy. If we win some events and life will be good, maybe a Lamborghini is coming, my dream car. I want to take my family on a nice vacation and, of course, win the major.

In your last interview, you brought up MMA. Which player would you like to face in the ring?

If he’s from eSports, it should be fair. I don’t have enemies. It will be fair if I face one of the biggest eSports players, probably fREAKAZOiD.

Do you consider yourself an example worth following?

Every football or basketball player has some fans who follow them. I also have my group, who follow me, who want to be like me, who like to do what I’m doing. I have a lot of people who follow me, you probably need to ask them if I’m a good person to follow. Of course I’m not godlike, I have my bad sides and good sides like everyone else.

You’ve been using AWP a lot recently; why is that?

It’s my old playstyle. We changed leaders in the team, and one of the leaders said “pasha, stop playing AWP and try focusing on rifles”—so I stopped and didn’t play it anymore. But another leader came along and said, “you can play AWP more if you want, because it’s your old playstyle and you played better”, so I started to use AWP again, and I’ve been playing better. So some people block you, and some give you opportunities to play better. 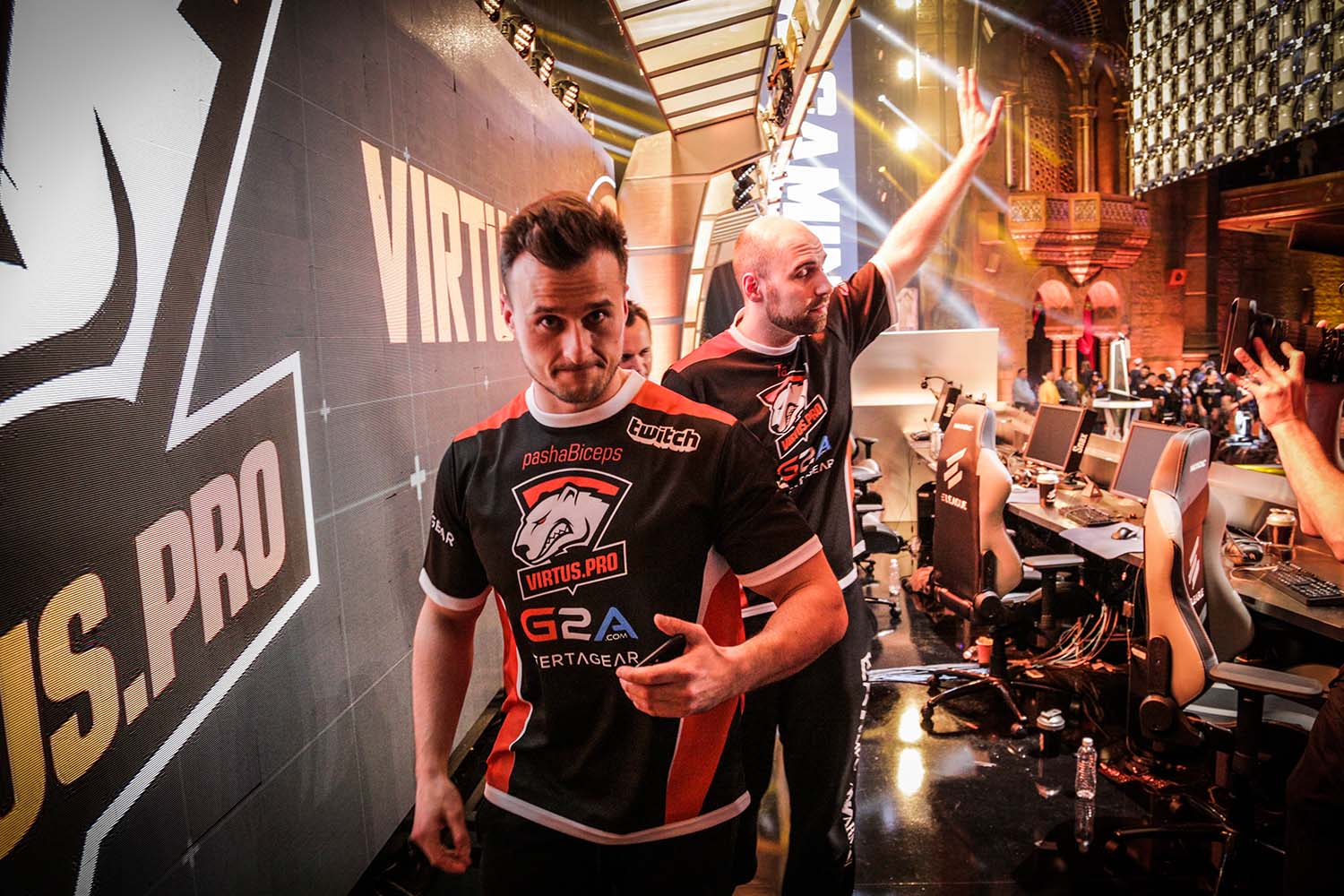 What can you say about your playstyle as a team right now, is it better for you and for the team?

How does your daughter feel about your job?

In the afternoon, I always say “bye bye, I’m going to work”, and she knows I always close the door and spend a few hours in my “office”. She always ask me and mom “what is daddy doing?”. It’s too early to explain it. She only sees me hitting the keyboard and clicking the mouse, so she comes to me and does the same.

Describe how you met NEO and TaZ, and your first game as a team.

I remember the game with NEO, kuben, loord and Luq, when I went to China, because TaZ couldn’t go. They asked me: “pasha, could you go with our team to China and replace TaZ, ‘cause he has some study problems at school”. I said yes, and it was like jumping to a different level. From playing with noobs in Poland, I jumped to global elite, like playing against the best team in the world.

People were saying stress was going to eat me, but there was no stress for me. I played very well vs SK and some other good teams, and I didn’t feel any pressure. The atmosphere in the team was perfect. I felt like I’d been playing with them for two years already. So after two weeks they asked me, “pasha, do you want to play with us?” and I said, “why not? we can do it!”

Right now, the gaming market is full of interesting projects such as Overwatch or Quake Champions, which has gone into beta. Ever consider trying your hand at a different FPS?

I haven’t touched any other games in my 14-year career. The whole 14 years, I’ve only played Counter-Strike. I say, why would I need to spend time in other shitty games? Counter-Strike gives me money and future. I only need to play one game.

I can play a few hours in one game and go outside to do something more along the lines of sports, meeting friends, spending time with family, with my daughter. I promised a few weeks ago that I would try Quake, so I’m gonna try it.

Which of your dreams have you already fulfilled, and which are yet to become reality?

I’ve already bought a house and got my own gaming room, and it’s not like a few years back when I played in the kitchen. Everyone knows it, I feel like chicken when my wife is preparing food in the kitchen. I said I would buy a house one day with what I earned from gaming, and I did it. I have a dog, I have a family, second baby coming. The Lamborghini is coming maybe in 2030 or 2040, if I play well I could buy it for sure.

Because everyone knows that gaming is the future. People say it’s an easy job, but it’s not. You need to work hard hard hard. Maybe I’ll buy a house with a big garden, because I want to have, like, three Negevs. I want to give him two or three friends. I love this dog, he is big and smart, he protects you and he’s like a brother for my daughter. 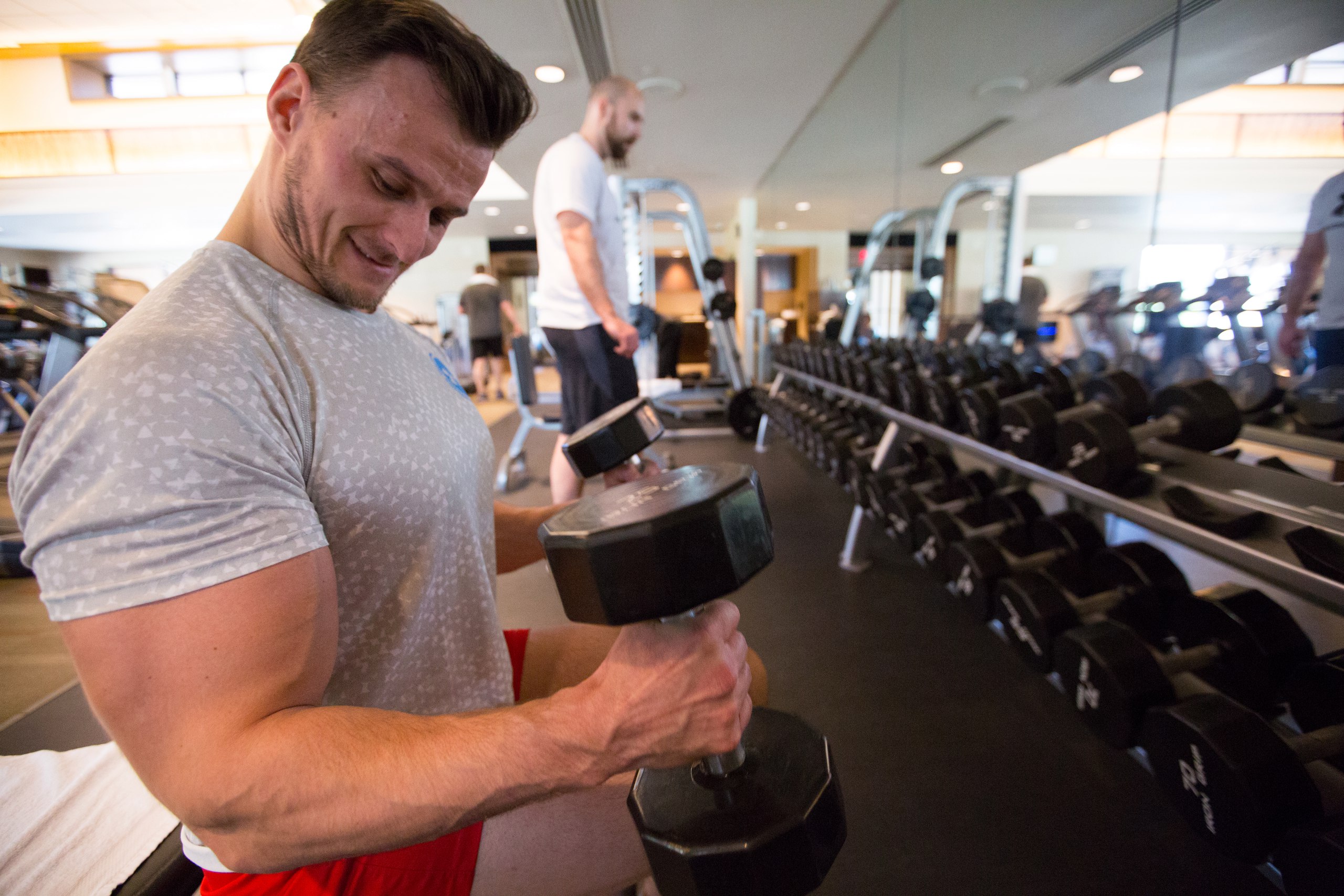 My perfect day is especially when my daughter didn’t cry at night. So you can wake up fresh, after sleeping for 7–8 hours straight. Wake up before my wife and my daughter. I can go for a quick walk with Negev, after which I skip breakfast and go straight to the gym.

When I come home, breakfast is already in the making. I see some bacon and tomatoes on the table, and  fresh coffee. And I can say the perfect day has started. After this I spend some time with my family; we go to the park. Then I practice, because there’s a calendar and I know when the official matches are, and we win these matches, so the day was very good.

Let's talk about your football match vs SK Gaming. Do you think your that your team will beat the Brazilians, even though Brazil is a football country?

It’s a hard question. I don’t know, the Brazilians are always strong. In Counter-Strike they are strong all right, but not like in football; they are legends in football. When I sit at events and imagine us playing football against them, I’m always thinking “they’re probably good, they’re probably good”. I don’t want to make Anton sad, he is our friend and believes in us. I hope we don’t make him sad and show how Poland and Russia play football.