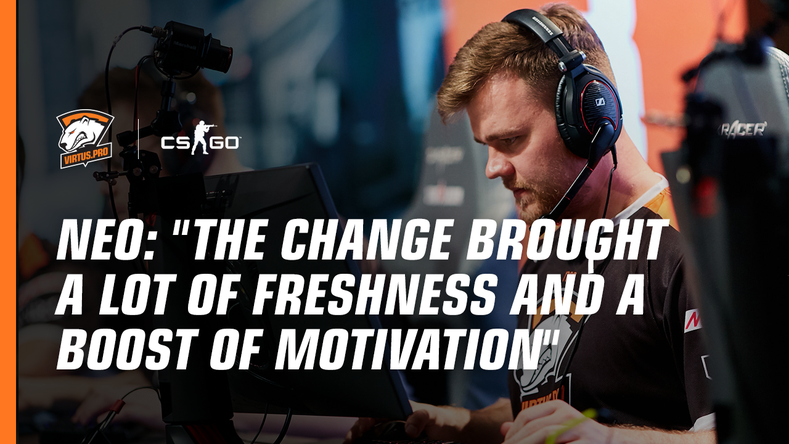 You added MICHU in place of TaZ, what's going on in terms of roles now? Are you back to calling, what's the situation with the AWP?

Yeah, I'm back to calling, but about the AWP I think we decided to do it like it was in the old days. We usually didn't really have a dedicated AWPer, we had a few guys that could pick it up, so that is what we did here. Of course, pasha is still the main AWPer but I can be an AWPer as well and Snax can do it, depending on positions. It's more of a loose style in the AWP case. About general roles, I think MICHU fits the team pretty well, it's still early to say, but of course, I think that the change brought, most of all, a lot of freshness and a boost of motivation.

MICHU played with you as a stand-in previously, a few times. Was picking him up already set in stone, something you had in mind as – if it's ever going to happen, it's going to be him? Did you even consider any other Polish players?

There are tons of good Polish players nowadays, but MICHU was probably the main option since we knew him, and snax and byali played with him back in the days. But yeah, he was the main pick for us for a longer period of time.

Full version of interview on HLTV.org