From now on – as a part of the main roster. 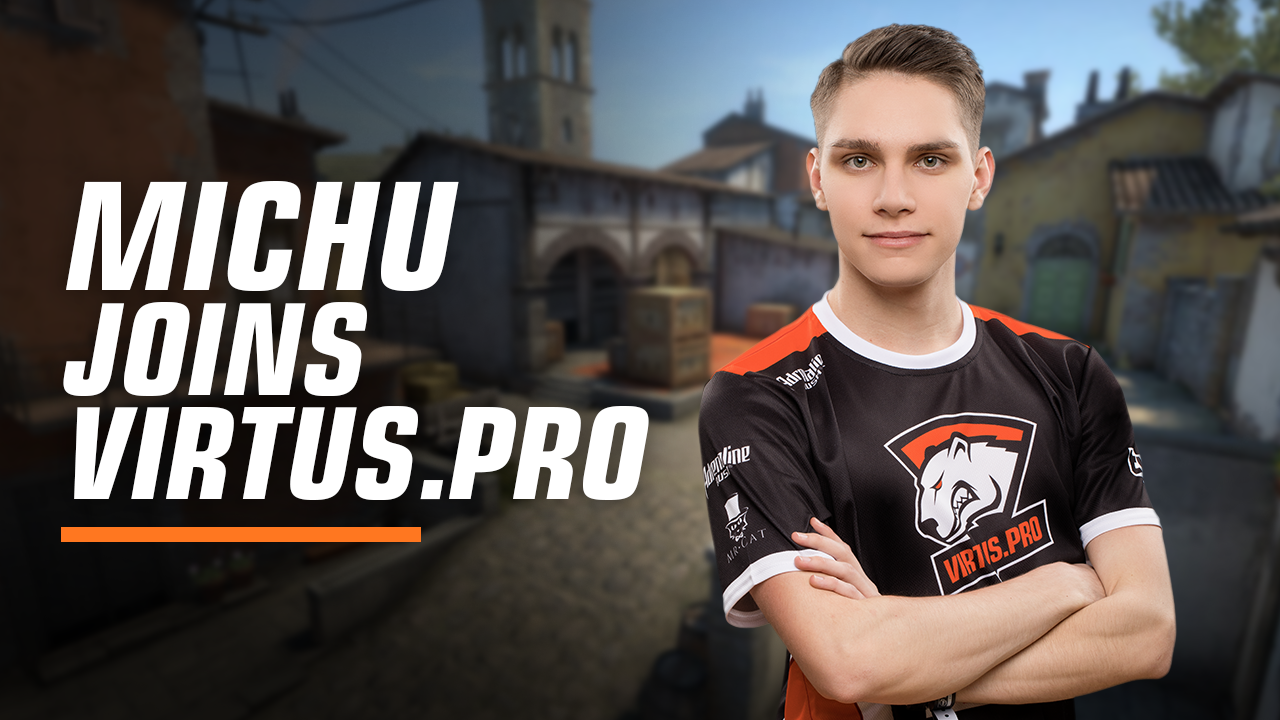 Michał "MICHU" Müller has become a Virtus.pro player. MICHU played for the team as a stand-in at the previous two tournaments – StarSeries in Kiev and IEM in Katowice. Today, he signed the contract as a regular VP player.

Wiktor “TaZ” Wojtas has left our team and transferred to Team Kinguin.

Roman Dvoryankin, VP General manager: “We have had quite delicate negotiations. I’m happy we’ve come to a fruitful solution. After making the decision to part with Wiktor “TaZ” Wojtas, MICHU was a top-priority option for us. I hope that Michał will get his hand in a new team soon, and will help Virtus.pro to come back to the top. As for TaZ, I would like to thank him again for his loyalty. I wish to say it one more time: he is the key reason behind Golden Five joining VP, playing for VP, and staying together for so long”.

Filip "NEO" Kubski: “Our team has been known for sticking to the same lineup for a long period of time, so whenever the change comes, it turns out huge and unleashes lots of emotions. MICHU has a really difficult task ahead of him - he is replacing one of the most experienced players on the CS scene – TaZ, whom we wish best of luck in the future.

Michał is a very talented person who knows how to work with the team, therefore we are certain this change is for the better. I am happy that all the transfer obligations are finally over, and that we can confirm the new lineup of Virtus.pro CS team”.

Michał "MICHU" Müller: “As of today, I am an official representative of Virtus.pro colours and happily can stand next to such titled players. Reaching this level required from me tons of game hours, practicing and self disciplinе, and, most important of all – faith in success. This is a huge commendation for me, and also it gives me reassurance – that passion that I put in the game was worthy of that moment.

This is my dream come true, and, for sure, I can say it is my biggest e-sports achievement. What follows this is great motivation for further personal improving. I would also like to sincerely thank Kinguin and my previous teammates. Thanks to them, I gained lots of experience, common successes and moments that we've spent together will stay with me forever. Now I am walking into new level that brings bigger challenges and efforts. Keep your fingers crossed for me and my new team!”

First games with MICHU: how it was