New precedence is a stricter role allocation of every player. 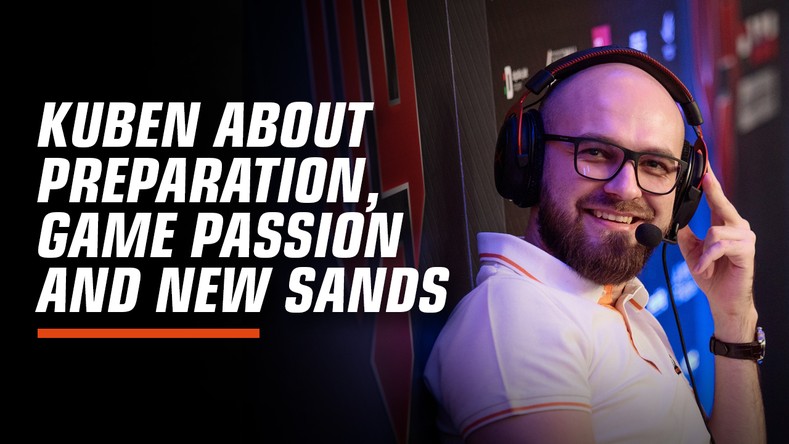 Due to smaller tournament activity it is hard to put you on a pro scene scale. Is it possible to describe Virtus.pro form according to your practices against pro teams?

Yo! Because of the lower LAN amount that we have been playing in, it’s rather impossible to clearly describe our current form. The only factor that is measuring our position is hltv ranking right now, and our spot there is probably the lowest that we ever had. In my opinion, only upcoming Lan tournaments can verify how it really is, especially when we are talking about VP.

How you have used this non-competition time, on which aspects you have been focusing on?

Our preparation wasn’t much different from our standard procedures. However, maybe indeed we focused more on repeating tactics, moves and maps behaviours also we analysed mistakes deeper, not only team ones, but also individual. New precedence is a stricter role allocation of every player. In previous scenario, were this territory aspect wasn’t as important for us, it was harder to find problems, because lot of actions were spontaneous. After this couple months with Michu, we have some mechanism working smooth, and now detailing them will let us find more ease and self-confidence.

Last map pool changes brought Dust back. How do you find yourself on new, old map?

After some practice games that we played on dust2 I can see that map mostly changed in graphical fields. The way it is being played is very similar for previous version. To be certain how new “meta” look alike we need couple more months, after that all teams will follow similar rules. Till then for sure we will see many unconventional ideas, nades and plays, that no one ever saw.

With our dust it is comparable to our ‘not to play’ maps routines. There was a moment when everyone was scared to play dust against us, then serious of dust loses came, we started working on new map that was banned by us before and we slowly moved sands to permaban pool. Same circle with other maps. But me made some surprises when we took this map out of hell e.g. in vs NiP in 1st ELEAGUE season in Atlanta. Snax took in game leading for one map, prepared dust and led us to victory. Swedes were shocked!

On future Dust games we are waiting for lot of duels, this is what guys in our team like. Being confident, communicate well and fast reactions is the key to success. Sometimes we rely on good resps, sometimes we do schemes. We still don’t know which executions will occur best on lan. Anyway, we are prepared for different game styles.

What do you think about last pro scene changes. Surprising, needed, missed?

It depends on which changes we are talking about. In longer term view, I think that biggest progress was made by Astralis, after players change. They were always stable team with balanced plan, but this blonde dude gave them extra boost. I remember that after last year Krakow major, Magisk was sitting in lobby with tears in his eyes, because he just got fired from North. We gave him a beer, invited to our table and tried to cheer him up saying that whole stunning carrier is still in his reach.  You can recognize strong players character in the moment of failure. Some are surrendering with failure acceptance, other are bracing up and start working even harder than before. Magisk is a good example for young players who are starting esport carriers and proof that hard practice and self-believing can bring up biggest trophies.

Speaking of young players. After couple months of playing together with Michu, can you tell which are his strongest sides?

Huh, there is plenty of them. Michał for his age is very mature. I find him intelligent and ambitious. I like that he is open to talk and to discuss ideas, exchange arguments and he is trying to find best solution in game and outside of it. This is something I can relate to.  Also, he is self-confident and fast in decision making during the games. He has a lot of firm moves, which are very effective. Of course, he sometimes has worse moments, but then I try to remind him about his strong sides and explain things that he still needs to improve.  I wish that he finally tastes victory on big tournament and I am sure his motivational boost would be even higher.

It is worthy to add, that Michał is also very modest. I respect him, and I am happy to have such a player under my wings.

Looking into closest future, what steps and missions you want to achieve to be on top again?

I personally want that everyone in a team would find as much energy to not be forced to say soon: “I regret, I could do more’, but do it now with passion and dedication, motivated with worked we have done, and with willing to move on, to the place where we were whole life.

For me, minimum goal is to be in top5, and to get there we need to win tournaments. I hope that next months will be very productive and our work will pay off.