eine: «Losing to a tier-1 team isn't shameful, not showing up at all is»

- Most important question - what’s the right way to pronounce your name: Ainee, Ain, Eine, or Eye-neh?

- You were playing under the IGN of yume, were previously known as Aoharide, and now you’re eine. Where are you getting these names from? Why do you keep changing them and what do they mean?

- I’m getting these names from the mangas I’ve read. I don’t have a “main” name, the name I held the longest was yume - I used it when I started playing in my first team, M19.

- So you can switch nicknames depending on the mood? Someone like epileptick1d can’t afford this luxury.

- Everyone already knows him by that name, so even his friends won’t recognize him if Egor changes it. Personally, I don’t care about my name. I just wanna play Dota.

- Your anime top-3 for weeaboos and non-weeaboos?

- Code Geass - that’s my favorite anime. Hunter x Hunter… although it’s not that good for a beginner. I recently watched Serial Experiments Lain - it’s a pretty good anime for a non-weeb. Can’t think of anything else.

- Another question regarding your IGN and media: you’re pretty hard to find on social media. How often do you use it? Do you wanna boost your media image?

- I don’t manage my social media, it doesn’t interest me at all. I can freely change my IGN because it’s not connected to any media. I can be anyone without anyone following me. I like staying out of the spotlight.

- Looking at your VKontakte page, you’re subscribed to the official Virtus.pro page, a public group dedicated to kitties and three anime-related groups. Do you have any other interests besides cute cats and anime?

- I have tons of Dota-related pages saved, I like following Dota content. When I’m not playing Dota, I’m watching Dota.

- After your loss to Team Secret in the Pushka League Upper Bracket, you wrote “Loser” on your page. Why?

- Because we didn’t show the results we wanted. That loss upset me lots. Not even the loss itself, but the way it happened. Losing to a tier-1 team isn't shameful, not showing up at all is.

- You posted a picture captioned “I’ve gotten stronger” on the day of the final. What did that mean?

- It was a meme Vitaly found. It’s from an anime called Tokyo Ghoul. The guy was weak at first and then became stronger. There’s a bit of a backstory here - the first picture was this one: 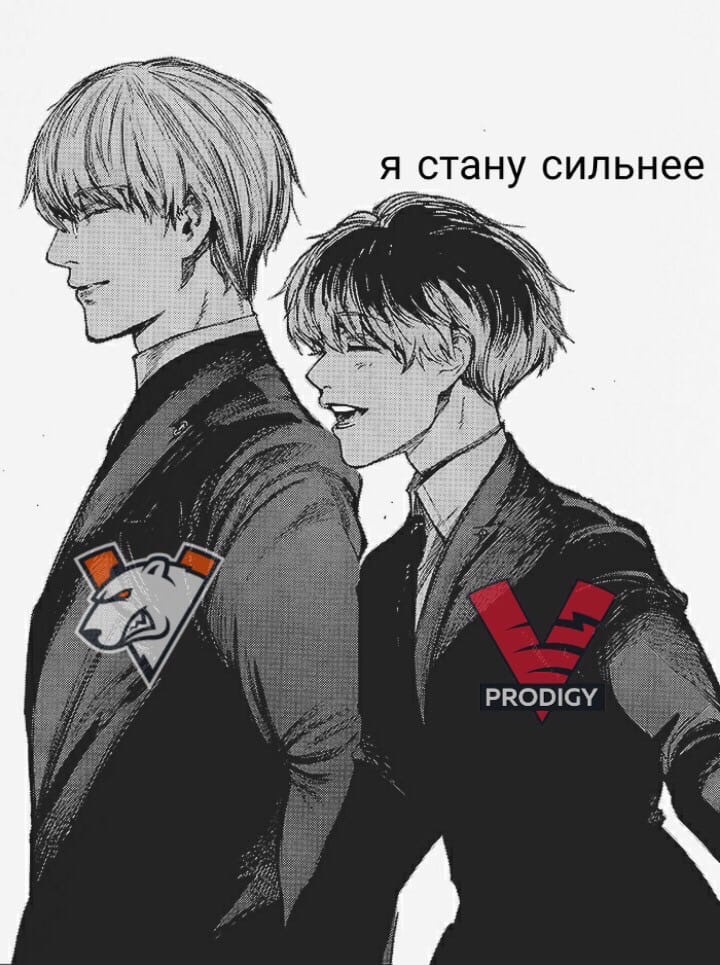 That’s the profile picture we had together with Vitaly. And the second one was the continuation of it - when we ranked higher than Virtus.pro in the series. 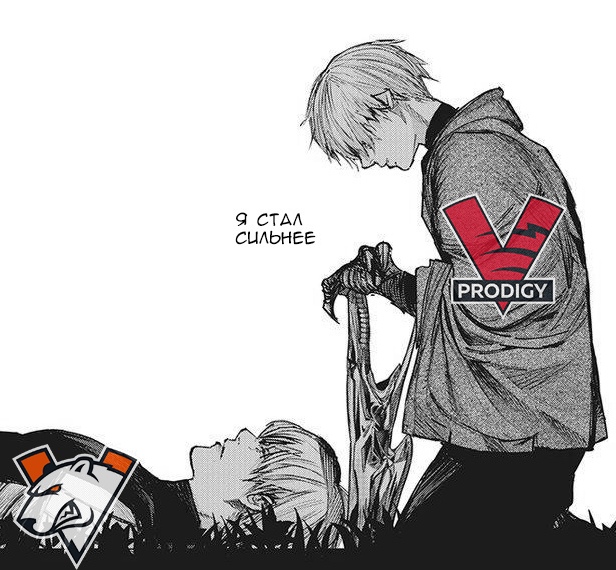 - Cookie-cutter question time: how did your family and friends react to your idea to become an esports pro?

- Only my mom supported me. The rest of my relatives pressured me to change my decision to play professionally. I carried through and became the person I am now.

- What made your relatives take your choice seriously in the end?

- The first serious team with a contract, bootcamp, and all that jazz.

- What’s the biggest difficulty a beginning esports pro has to face?

- It’s hard to find a good team without connections. You have to have a super high rank and be a good person, otherwise, you won’t even get invited to tryouts. Then you play these trial games where you have to show your best side. Maybe you won’t play perfectly, but if you establish yourself as a hardworking and pleasant person, you’ll have much more chances to land on the team than if you play incredibly mechanically but with a huge ego.

- What were you doing before becoming a pro player? Studying, working?

- What was your first serious LAN?

The Russia Cup I won was my first and the only LAN. Our roster was: Immersion, Shachlo, TTR, and GGwpLanaya. That is if we don’t count the Korean series I’ve played in. It was super scuffed: we weren’t provided with food, we had to stay up till 2 AM even though we had games at 5 AM the next day. 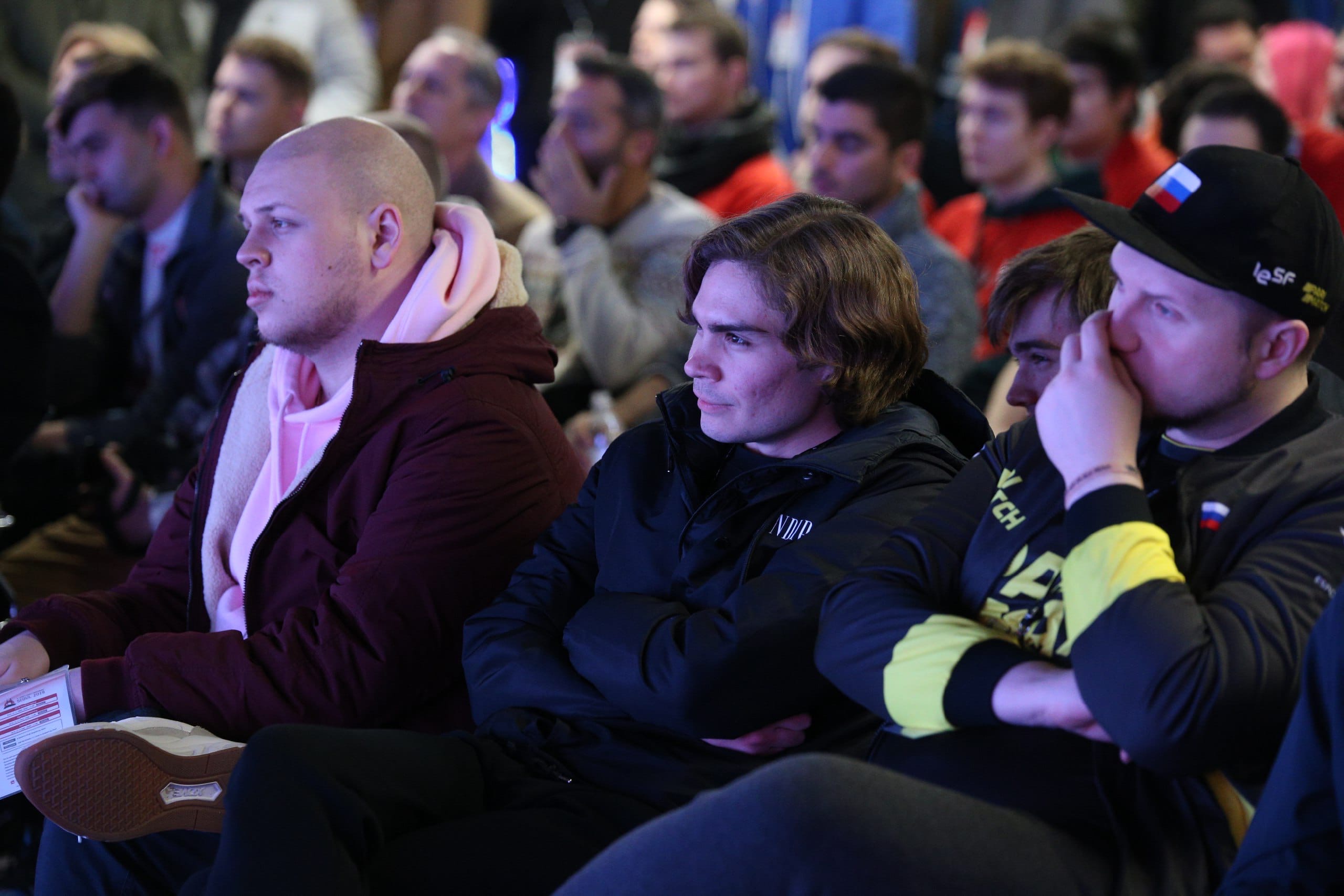 - So you’ve had experience of playing with the Esports Academy graduates for quite some time?

- I played with them before. DM, epileptick1d, and I had a team called Underdogs.

- Dima and I played together in some mixes even before Team Underdogs. The first time I met Egor and Dima in person was at Underdogs’ bootcamp, though. I met Vitaly later when the ranked party update came out. He used to drop by when I knew him just as Egor’s friend. We only started hanging out together during WESG.

But fn is a different story. We’ve known each other for around 6 or 7 years by now. We’ve played more than 500 matches together, my (and his, probably, too) first non-pro team was with him. He and I have a lot of history together. We met at some conference and started playing together. We had tons of mutual friends: Crazy, Nix, and many others. We found each other’s contacts through them.

- How would you describe your teammates?

- Even though Dima isn’t that older than Egor and Vitaly, he’s much more mature than them. He’s like an older brother for them. Then me, then Rostislav. Well, those are the 3 age groups of our team. Maybe even 4 if we consider myself to be an intermediate link between Dima and Rostislav.

- What does the team think about acquiring a coach right now?

- I don’t think a coach would be useful to us. In Dota in particular, nobody can be more useful than the players for the team. The players spend their entire lives playing and watching matches. The way coaches and players look at the game and understand it is very different. For the most part, people become coaches because they couldn’t achieve success as players. Personally, I don’t believe in in-game coaches, I believe in coaches-psychologists that communicate with the team and help work things out.

- Let’s talk about Pushka League. How would you describe the tournament’s meta?

- You didn’t have difficulties with every team except Team Secret. Why is Puppey’s team so tough to beat?

- We used to win a lot of games due to lane dominance, but every player of Team Secret’s can play on any lane. Nearly all of their picks can assume any position, they can always weasel out an advantageous matchup for them. That’s what they base their lanes around - they’re the experts in swapping heroes in any way they want. We struggle to build a strong laning composition against them - and that’s what we’re basing on the majority of our gameplans.

- It’s something everyone will be running in a week or a month. Champions dictate the meta. Even now, everyone’s picking Bane in scrims all the time, and so on.

- Speaking of which: Team Secret is nearly the only team that makes unpopular picks like QoP and Bane work. QoP, in particular, has a 40% winrate in Pushka League, but Team Secret scored 5 wins out of 5 with her. What’s the reason for it?

- I have to highlight Team B8 here. They pick QoP every game and drive her winrate down. QoP is a huge comfort pick that doesn’t have many counters. You can assign her to any lane - she’s one of these heroes you can reveal early due to her versatility. And Bane is just very strong lane support. Puppey usually leaves his carry to soak up all EXP and then just takes the lane. Bane is a fantastic hero for that because it beats any “4th” one on one.

- We saw Clinkz, Clockwerk on 5th, and safelane Void Spirit in the Grand Final. Was that something you were planning to use or were you just trying to throw Team Secret off?

- We threw ourselves off on the last map. Team Secret was the only team that was well-prepared to us. They banned our heroes in the first stage.

- Were your losses against VP and Team Secret similar in some way?

- It’s tough to outpick and outlane tier-1 teams. They pick and swap well. VP and Team Secret are quite alike in this regard. 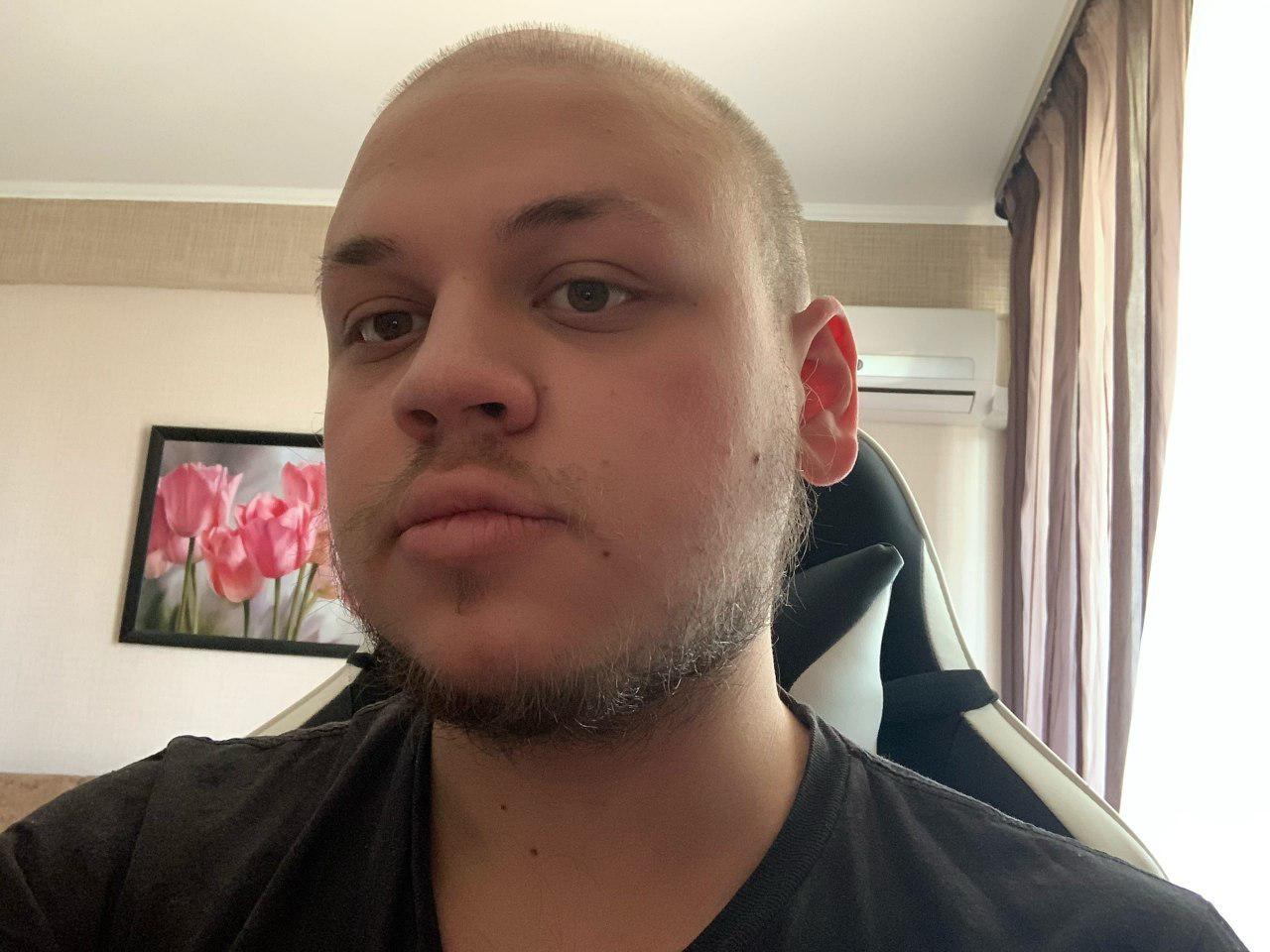 - A blitz question: who’s the most underestimated player you’ve ever played with on one team?

- What achievement - except a victory or a top-3 finish in TI - would make you call yourself a successful esports player?

- Consistent top-4 finishes in Majors for at least half a year.

- Would you prefer a consistent showing over a longer period or a bright, one-time wonder?

- Maybe if it’s on TI. Although not many remember 2nd and 3rd places - everyone remembers the victors instead. People do remember Major victories, though.

- I can play all MOBAs well. I’d move to another.