Instead, he will be casting the tournament. 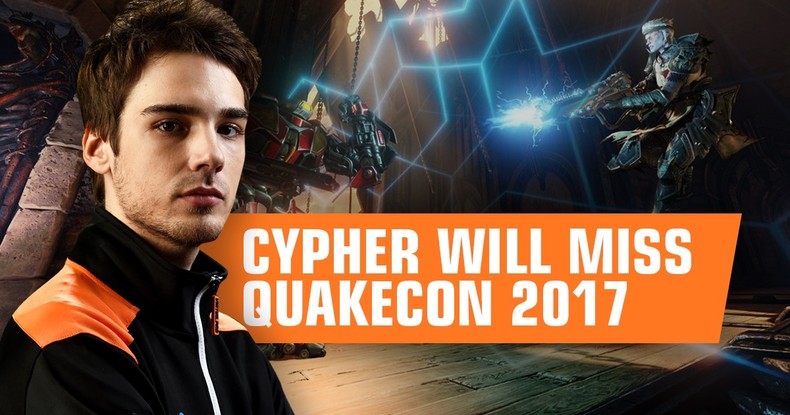 Virtus.pro Quake Champions player Alexey “Cypher” Yanushevsky will miss QuakeCon 2017 due to inability to enter the USA territory. Final stage of the QuakeCon 2017 series will take place on August 24 through August 27 with a prize pool of 1 million dollars.

Roman Dvoryakin, general manager of Virtus.pro: “At the time of signing of the contract we already knew about this tricky situation and funneled all our resources towards fixing it. Unfortunately, the process is extremely long and is going to last for months. Regardless of that, it has no effect on our partnership. Cypher is one of the best Quake players in the world. We fully support Alexey, and he will continue to represent Virtus.pro. We will announce who is going to represent our colors during the QuakeCon 2017 as soon as possible”.

Alexey “Cypher” Yanushevskiy: “This turn of events is very upsetting. I poured all my efforts into preparation for this tournament. Sadly, sometimes the circumstances are against you. But I'm not going to give up, no – I will keep working to fix the current situation while giving my best in-game. I would like to thank Virtus.pro for their constant support and ability to continue our partnership”.

Cypher is going to collaborate with Virtus.pro's resources and RuHub studio to cast the QuakeCon 2017 series. Stay tuned – more interesting things ahead!